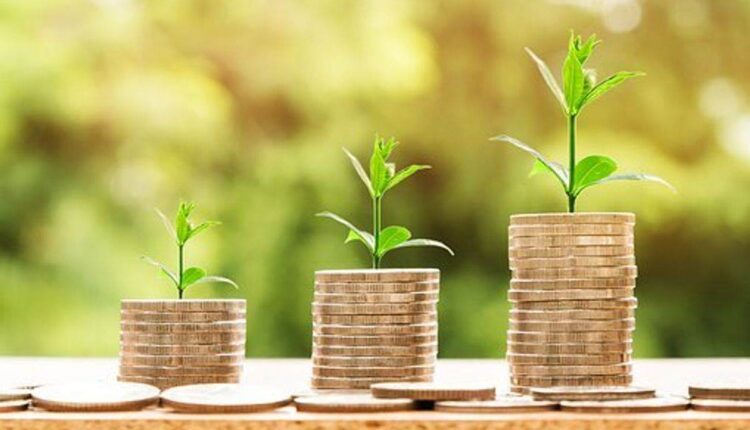 The recent rise of gold prices and volatility within the economy has begun to challenge the notion of wealth, productivity, and output that many people hold in their minds. The typical situation for most people is that they think of wealth as being measured in money. For people like Ben Bernanke, money means currency. For people like Bill Bonner, money means gold. However, in both cases, wealth is something much deeper.

It is not surprising that most people view wealth and money as being the same thing. After all, your 401k is measured in money, your house is measured in money, and your salary is paid in the form of money. The thing that is important for people to consider is that money doesn’t represent wealth itself… it represents a medium of exchange for wealth. By producing something that is worth one dollar and receiving that dollar, it allows you to purchase something else that is worth one dollar without the necessity of bartering and trading.

The benefit of money to the functioning of a smooth economy cannot be overstated. However, it is important to understand that the money itself is not your goal. Money is a medium of exchange that makes it easier to purchase the things you want when you want them. However, without a population of people who recognize the value of money for trade and exchange, it is just paper.

Another insidious problem with money is that it can have its value debased by government action. Since the government controls the amount of currency in circulation, it has the ability to influence the price of items through its monetary policies. If the government prints a lot of money in order to finance its spending, it will de-value the money already in circulation. In this scenario, money serves as a superior way to transfer value, but a very poor way to store value.

Another popular view of wealth is to think of it in terms of things. This is where most gold and silver investors place their sentiment. The fundamental belief is that commodities hold a constant real value while government currencies frequently become de-valued. The general thesis of this belief is quite accurate. Gold and silver are constant value commodities that cannot have their value directly eroded by the Federal Reserve.

However, there is another factor of gold and silver that must come into consideration. Their value is exclusively a product of what other people think they are worth. For most people, gold and silver do not have a very high use-value. You can’t eat them, and they don’t directly improve your life in many manners outside of jewellery. They are a store of value that depends on other people wanting to use them as a store of value.

Your house represents a store of value that gets pushed up in value when other people wish to live in your area. However, its value is also subject to the willingness to pay of buyers and can fluctuate very wildly. In this way, a commodity-based view of wealth has some of the same deficiencies as a currency-based view of wealth.

Finally, we come to a view of wealth in terms of economic resources. Another way of stating this is to say that wealth represents the ability to produce things of value. In the ancient days, wealth came from livestock that would produce milk, eggs, and offspring that were valuable as a source of food or for breeding more livestock. In the contemporary world, a ‘share’ of ownership in a company produces dividends that result from the value that is captured through profitable operations. As individuals, our greatest source of wealth is our ‘human capital’… or our ability to deliver valuable services in exchange for compensation.

In most cases, this great source of wealth is not directly valued since it is intrinsic. It does not sit on a balance sheet and is not tallied in a statement. An investment such as a rental property that produces value for the tenants who pay rent in exchange for the right to occupy the property is a real source of wealth. However, the creative mind that purchases the property and organizes a system for using it to create revenues that exceed the cost of operating plus the cost of capital represents a much greater and much more powerful source of wealth.

In the end, real wealth always is and always has been produced by people who are able to generate products and services that are valued by others. When the value of these services exceeds the cost of delivering them, it results in a profit. For most people, their greatest source of wealth (their human capital) is slowly used to acquire secondary sources of wealth that are not limited by the extent of their personal efforts.

The individual ability that each of us possesses may be much greater than any of the investments that we own, but those investments have a very important characteristic. That characteristic is the ability to create passive income… income that does not require constant effort. In this way, wealth becomes a much more complex subject since it is inclusive of both our efforts to produce value and the passive effort of investment vehicles that we own to produce value.

Ultimately, all forms of real wealth must produce value. As we are starting out in life, most of that value will come from our personal efforts. Over time, our personal efforts allow us to invest in vehicles that produce passive value. As more time passes, those investments will generate returns that allow us to purchase more investments in a process known as compounding. This cycle of wealth all starts with a decision to focus on creating value through both our efforts and our investments.

What are Many Benefits of Using Personal Storage For Home Owners as well as Business Owners?

Investing in a Home – What to Expect and get away from