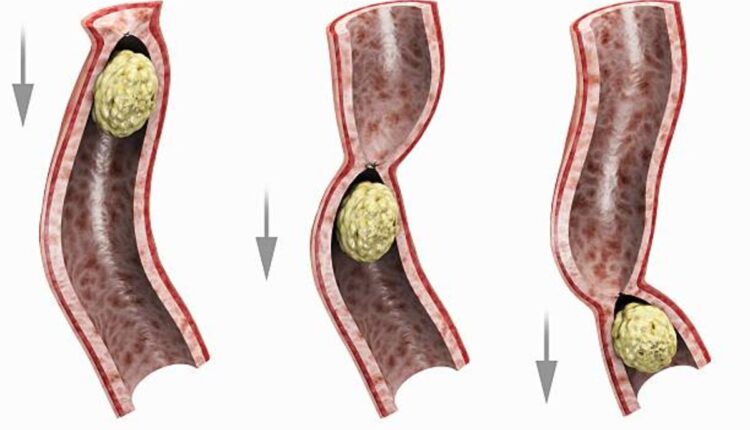 Peristalsis is the movement of a body part through the digestive tract. It consists of a radially symmetrical contraction followed by a relaxation and propagates in a wave-like fashion in a downward and anterograde direction. There are three significant types of peristalsis: intestinal, esophageal, and stomach.

Peristalsis in the small intestine is a process that moves food along the intestinal wall. It involves repetitive contraction and relaxation of two muscle layers: the longitudinal and circumferential muscles. The enteric nervous system controls both muscle layers. The contraction of the longitudinal muscle precedes the advancing intraluminal contents, and the circumferential muscle’s relaxation is synchronized with it. The result of these actions is the expansion of the lumen.

Intestinal peristalsis is an essential process in the digestive system. Intestinal peristalsis helps move chyme along the esophagus, intestines, and bladder. It is also used to move liquid from the kidneys to the bladder. The liquid then exits the body through the urethra as urine. When we eat, the stomach releases gastric juices, which start digestion.

Intestinal peristalsis is a neural reflex that initiates and regulates the movement of the intestine. In the gut, this reflex is mediated by the release of neurotransmitters such as 5-HT from IPANs, which activate local receptors in the submucosal plexus and myenteric ganglion cells. Eventually, these neurotransmitters stimulate excitatory motor neurons that control circular movement.

Esophageal peristalsis is a physiological process that occurs in the human body. The esophagus is a muscular tract responsible for moving food and fluid from the mouth to the stomach. Esophageal peristalsis is initiated by the bolus and is controlled by the CNS through a central control mechanism in the striated muscle. Distention is transmitted to the CNS through vagal afferent nerves, which extend from the esophageal mucosa.

Esophageal peristalsis is a highly sophisticated process that involves coordinated contraction and relaxation of the esophagus’ striated and smooth muscles. It is controlled by neurotransmitters, as well as by central and peripheral neuronal mechanisms. The balance between cholinergic inputs is essential for the regulation of esophageal peristalsis.

The solitary vagal nucleus is a neuron that receives input from the cardiovascular, respiratory, and gastrointestinal systems. The neurons in this region are constantly reactivated during the process of swallowing. In addition, nitric oxide is believed to play a role in regulating human esophageal peristalsis. A study by Murray et al. evaluated the role of NO in esophageal peristalsis and found that the administration of recombinant human hemoglobin during the contractions of the esophagus alters the rate and amount of NO in the esophagus.

The findings of this study indicate that the existence of minor esophageal peristalsis may not be a good indicator of esophageal function. However, it is essential to note that minor peristalsis disorders may not be pathological. The authors’ study showed that most patients never developed severe symptoms. 70% of these patients were asymptomatic. Further, patients with esophageal motility disorders were less likely to develop dysphagia than patients with normal manometry.

Peristalsis is a natural motion in the digestive system. It occurs during digestion and is responsible for the passage of food through the digestive tract. The digestive system releases an enzyme called pepsin that aids in breaking down food. This partially digested food is then expelled into the duodenum, the first part of the small intestine. The stomach can store up to 4 liters of food at a time.

Peristalsis also occurs in the esophagus. The esophagus is a muscular tube that separates the stomach and the small intestine. A person’s food goes through this tube, which mixes with the acidic gastric juice and is passed into the small intestine. Peristalsis occurs during two to three separate phases and involves contractions of smooth muscle tissue in both directions.

Peristalsis is the series of wave-like muscle contractions that help move food through the digestive tract. This natural motion also helps eliminate gas in the large intestine and helps prevent bacterial infections. It also ensures that food moves down the esophagus and esophagus.

Peristalsis is an essential function of the digestive system. It helps move food through the esophagus and enter the stomach. It also helps move waste through the large intestine and rectum. The movement also aids in the absorption of nutrients and breaks down fiber.

What is Surface Tension?