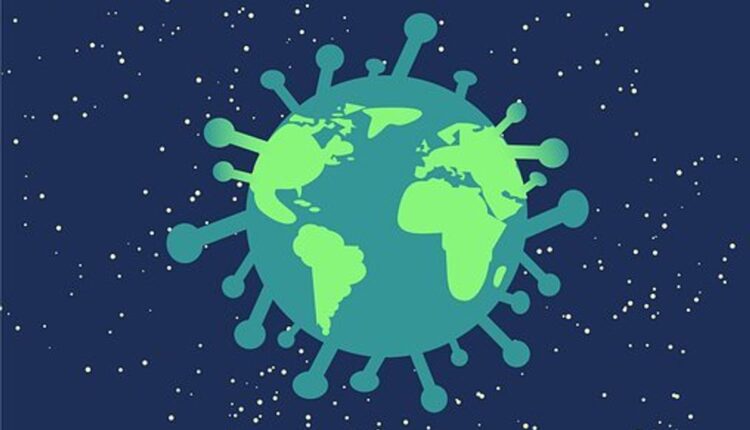 A pandemic is a term that refers to an epidemic disease affecting many people at once. It spreads from person to person and is often a problem at the community or regional level. Although it is typically associated with disease, a pandemic can also negatively impact. An example of an epidemic is the Influenza pandemic of 1918. Other examples include AIDS, HIV, and Malaria.

The influenza pandemic of 1918

The influenza pandemic of 1918 was one of the worst outbreaks in human history, and the death toll reached more than 50 million people worldwide. The disease devastated the population and military operations of the First World War. While many of these deaths were caused by the disease, some were caused by its socioeconomic impacts. In addition, the epidemic affected various age groups, displaying a “W-trend” with two spikes in children’s mortality and a large increase in deaths among older and healthy young adults. However, local health authorities did not reveal the exact numbers of deaths.

At the time, scientists thought that the influenza virus was caused by a bacterium called Bacillus influenza, which has since been renamed Hemophilus influenza. While scientists had been able to isolate many types of bacteria from different locations, they still didn’t fully understand the cause of the 1918 pandemic. It was also unclear whether a chemical or a bacterial agent caused the virus. But as early as the late eighteenth century, researchers had already developed a vaccine against small agents, such as smallpox. However, it wasn’t until 1918 that scientists realized that the virus that caused the 1918 pandemic was caused by a virus, not a bacterial infection.

The AIDS pandemic is the result of the worldwide spread of HIV. By the end of the twentieth century, the number of people living with HIV in the developing world was 19.6 million, with more than one hundred thousand young people. This epidemic has been attributed to several factors, including increased travel, population, and unsafe healthcare interventions.

The AIDS pandemic has caused many societal and political problems. The stigma surrounding the disease often exacerbates inequalities between males and females. Many key populations are sexual partners of infected men and women, people who inject drugs, people in prisons, and sex workers. Sexual partners often pass on HIV infections, and spreading this epidemic is a serious concern for a country’s economic and political stability.

The disease was cloaked in mystery and stigma in the early years of the HIV pandemic. There was very little information available through official channels. Hence, the disease burden was unequally distributed in different regions. The spread of the disease largely depended on social determinants. It was, therefore, no surprise that HIV/AIDS disproportionately affected stigmatized subgroups. The pandemic has become a global phenomenon, and awareness of this is a key issue.

The HIV pandemic has changed the face of sex and reshaped the world’s attitudes towards sexuality. Moreover, the pandemic has sparked conversations about addressing stigma and discrimination in different contexts. For example, the issue of stigma has been a catalyst for efforts to legalize certain practices and decriminalize others.

While the global community may not be prepared for the coming malaria pandemic, we can take action right now. The World Health Organization (WHO) has released new emergency guidelines for prevention and treatment. These guidelines aim to save as many lives as possible and improve access to life-saving commodities, including antimalarial drugs. The global community is also urged to take the lead in the fight against malaria.

The latest figures show that global malaria control efforts have progressed but are not enough to end the deadly disease. The WHO has called on all countries to increase their funding and efforts in the fight against malaria. It aims to reduce the number of deaths caused by malaria to fewer than 40,000 cases a year by 2030. Reaching this goal would improve the lives of hundreds of millions of people.

Today, the world marks the 40th anniversary of the AIDS pandemic. President Biden and HHS Secretary Xavier Becerra will release a statement recognizing the anniversary. There will also be events across the country celebrating the resilience of those living with the virus. More than 38 million people worldwide live with HIV and AIDS.

The first front-page story about AIDS in the United States was published in the New York Times. The article highlights the federal government’s response to the growing epidemic. By the time the article was published, over 1,450 new cases and 558 deaths had been reported.

The 2009 H1N1 influenza virus caused the first global pandemic in 40 years. As the virus spread worldwide, the CDC issued the first interim guidance for closing schools, suggesting a seven-day dismissal. Meanwhile, the WHO raised its alert level from phase 4 to phase 5 and asked countries to activate their pandemic preparedness plans. In addition, new CDC tests for influenza began to be shipped worldwide during this time.

The pandemic was a public health emergency in the United States. The A/H1N1 virus caused many cases, especially among young people. The virus was originally called swine flu, although it was later officially branded as a human strain.