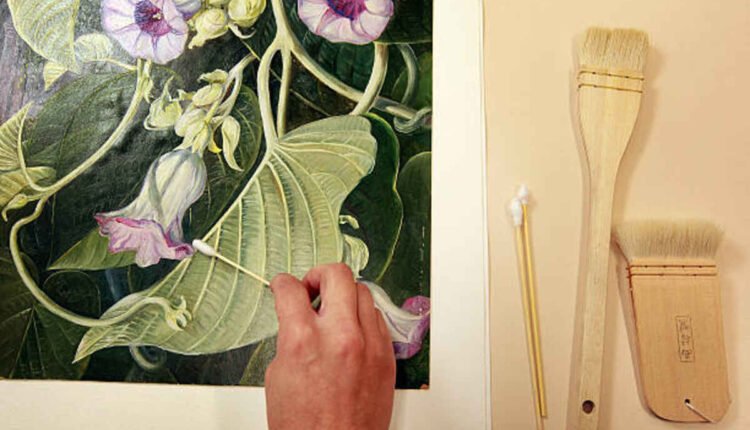 Marianne North was an extraordinary Victorian botanical artist and biologist. Her landscape and plant paintings are legendary, and she wrote extensively about her travels and discoveries. She also set up a gallery at the Royal Botanic Gardens, Kew, to showcase her works. Read on to find out more about North and her work.

Contents show
1 Marianne North’s passion for plants
1.1 Her interest in zoology
1.2 Her career
1.3 Her travels

The Victorian artist Marianne North was obsessed with painting plants in their natural habitats. To complete her projects, she would travel alone to find them. Her research and work results will be found in her famous paintings. In 1879, North was commissioned to set up a gallery at Kew showcasing her paintings. Today, over 800 of North’s paintings are on display there.

In 1867, North began taking lessons in oil painting. She later compared it to dram drinking, but it quickly became her passion. In 1870, North’s father died,,, and she became financially independent. By 1885, she had completed 848 paintings. In addition, she donated 832 of her paintings to Kew Gardens.

North’s life is documented in the documentary ‘Kew’s Forgotten Queen,’ broadcast on BBC4. The documentary uses quotations from North’s autobiography and describes the creation of the North Gallery at Kew Gardens.

Her interest in zoology

North’s love of animals was evident in many of her paintings. She was a passionate conservationist and frequently lamented the destruction of wildlife and forests. Her paintings of animals and plants became an essential part of the botanical record. In addition to her love of animals, North’s interest in zoology led her to travel the world and meet with botanists in many countries. North painted the plants and animals brought to her by these people.

North’s journals contain many details about her adventures, including observations about the natural world. In addition to her scientific interests, she loved the idea of freedom, and she enjoyed traveling. Her aristocratic family raised her in Hastings, England, and she developed a thirst for travel and exploration at an early age. In addition, her father was a naturalist, and he was able to connect her with prominent naturalists.

North was an extraordinary botanical artist and biologist. She traveled to every continent except Antarctica, collecting plants and flowers from around the world. During her lifetime, North collected an impressive collection of botanical paintings and subsequently donated most of her work to the Royal Botanic Gardens at Kew. In addition to her paintings, she kept detailed journals published after her death.

The significance of Marianne North’s career is that she broke down the sexism of her time and helped change the way that women perceived science and art. She had the unusual ability to illustrate botany and art in a way that surpassed the expectations of sexist gender norms. She was one of the first women to write for the Kew catalog, and she used her artistic skills to create the first draft of the catalog. Her writings incorporated short notes on plants and products, geography, and travel information.

Marianne North traveled extensively after the death of her mother in 1855. As a child, she was trained in ladylike pursuits. After her mother’s death, she continued to travel with her father, writing detailed journals that she published in Recollections of a Happy Life. Even though she had been raised in an aristocratic family, Marianne North detested marriage and chose a life of travel instead.

For most of her travels, North traveled alone to sixteen countries on six continents. Her travels allowed her to escape the pressures of society and her appearance. She lived in huts rather than expensive hotels, traveled by donkey carts, and painted more than 1,000 pieces of art.

In 1876, North visited Java and Borneo, painting the landscape and flora of both. Her letters and diary detail her journeys in these countries.

The Pros and Cons of Plastic Garden Edging